You're looking at the world's largest menorah...I think.

According to that sign and several internet articles, this menorah, set up in Grand Army Plaza at the south-east corner of Central Park, is the world's largest.

There are other sites out there stating that the menorah set up near the entrance to Prospect Park (also, confusingly, named 'Grand Army Plaza') in Brooklyn is the world's largest.

Both menorahs are said to be 32-feet tall.  Let's call it a tie.

This menorah weighs 4,000 pounds.  That's a lot of pounds.  I don't want to use the word 'fat,' but I will say this candelabra may have taken the tradition of consuming oily foods (latkes, donuts, etc.) for Hanukkah a little too far.   Try a salad, why don't you.

Those lanterns at the top enclose real-deal oil lamps, which are lit each night with the aid of a cherry-picker (orange, pictured in the background).

The Parade Passed Me By

My commute to work on Wednesday was impeded by a parade of some sorts.  It seemed to end at St. Pat's, involved a lot of people wearing white, the occasional car draped in a Mexican flag, and these whirling feather-bedecked characters.  I snapped a picture, not exactly sure what I was looking at.

Where, once upon a time, I would have been forced to live with the mystery, now I instead live with Google.  Which informs me that this was a parade for the Feast of Our Lady of Guadalupe.  Now we all know.

But there's still something to be said for mystery...


This is my current view, each night as I leave work.

"Leave work" - does a sweeter pairing of words exist in the English language?

Monday through Friday, me thinks not.

(On Saturday & Sunday, though, "sleep" and "in" go together rather nicely.)

Haul Out the Holly

This is the weekend Christmas seemed to start - a personal kick-off that had nothing to do with a liturgical season (which actually began last Sunday) or the date on the calendar (the 25th is still weeks away).

It was the weekend of the annual Christmas concert - one of my very favorite nights of the year.  A chance to gather with old friends in an even older drafty, candle-lit stone church and sing (older still) carols.  The mood of the place struck that fine balance between festive and reflective.  I greeted friends - some of whom had traveled far - with what felt like an honest "Merry Christmas."

The following morning was the children's pageant at church.  I arrived to find kids dressed as Mary & Joseph, shepherds, angels, wise men, and even a gold lamé star (reminiscent of Maggie Simpson in her snowsuit).

Their re-telling of the old tale was adorable, even if the baby playing Jesus couldn't be counted on to cooperate and lie still for the entire pageant.  And those words that Luke wrote - how many times have I heard them?  Yet they still makes my heart flutter with both familiarity and awe.  It was good to hear them.  It was good to sing "Joy to the World," again.

Afterwards we had friends over for cookie-decorating and champagne (my roommate's tradition, which I was happy to carry out).  Through the kitchen window I could see rainy sidewalks, but inside we were warm and there were plenty of sprinkles and peppermint frosting to go around.

When the party ended, I sat by the lit Christmas tree (which my roommate had dragged up four (4!) flights of stairs), listening to Frank sing his holiday standards, and thinking, "Now it is not just December; now it is Christmas."

And so it begins.


My destination was Spanish Harlem, but upon crossing the park and realizing:

a) I was only 10 blocks from the Jewish Museum, and
b) there were just 3 minutes until 11am (opening time), plus
c) it was Saturday (free admission), not to mention
d) that night would be the first night of Hanukkah -

- I decided it was perfect timing to re-visit the museum's menorah collection.  So I detoured down to 92nd Street, let the security guard rifle through my bag, took the Sabbath elevator to the 4th floor, and spent a few minutes noting how artists across time and space (from Russia to Morocco to the Netherlands to the US) have interpreted the Hanukkah menorah (or hanukiah).

Pictured are a couple of the more...'interesting' ones, but the museum also has a wide range of more traditional lamps, made from a variety of materials (glass, brass, silver, copper, etc.), each bearing the distinct mark of the artist who birthed it, and the culture/country where it was made.


Afterwards, I continued my trek to Spanish Harlem, but progress was de-railed once again when I smelled a bakery too good to pass by. I left with the world's largest donut, which we could pretend I ate in honor of Hanukkah (it's traditional to eat donuts and other oily foods), but I only remembered that in retrospect.

In the moment?  I just really wanted that donut.

Thankful for the occasional detour in life...

That variegated orb of light is an installation piece by artist Leo Villareal, currently on view in Madison Square Park through February.

"Relying on LED technologies driven by chance, BUCKYBALL’s light sequences will create exuberant, random compositions of varied speed, color, opacity, and scale. BUCKYBALL will trigger neurological processes within the brain, calling on our natural impulse to identify patterns and gather meaning from our external environment."

Maybe.  I dunno.  I just thought it was kinda pretty.

(Twenty) One For My Baby

The 21 Club is one of those storied New York institutions for fancy people (the kind of place I'd dare not darken the door.)  It's existed, in one form or another, for ninety years: from it's early life as a West Village speakeasy to it's current iteration as an exclusive midtown bar & restaurant.

According to Wikipedia, the 21 Club was at one point the epitome of cool - out-smarting the police and holding wine for Frank Sinatra (!):

"Although raided by police numerous times during Prohibition, the [owners] were never caught. As soon as a raid began, a system of levers was used to tip the shelves of the bar, sweeping the liquor bottles through a chute and into the city's sewers.

The bar also included a secret wine cellar, which was accessed through a hidden door in a brick wall which opened into the basement of the building next door (number 19). Though still used as a wine cellar today, part of the vault has been remodeled to allow a party of up to 20 guests to dine in private.

Before I knew it's history, I knew the 21 Club as "the place with all the lawn jockeys," owing to the statues that line the facade, like tiny ineffectual guards.  Why the jockeys?  Enter, again, Wikipedia:

"In the 1930s, some of the affluent customers of the bar began to show their appreciation by presenting 21 with jockeys painted to represent the racing colors of the stables they owned. There are a total of 33 jockeys on the exterior of the building, and 2 more inside the doors."

Oh, of course.  Reminds me of how I'm forever gifting my frequented establishments with decorative anchors emblazoned with the name of my yacht, Felicity II.

My yacht's name is Perpetua.

When asked for a list of my proudest accomplishments in the year 2012, I would have to include this afternoon's Houdini-like escape from a company-wide (soul-sucking) two-hour meeting, and the ensuing afternoon in Central Park which I purchased with stolen freedom.

The Importance of Having Game

Today I give you the Daily December Photo:


...and a Heart-Warming Christmas Story:

"Hey, you're kinda cute," one guy shouted as we passed each other on the sidewalk, "Wanna smoke a blunt?"

"Only *kinda* cute?" I shouted over my shoulder, indignant.

This week marks the first Sunday of Advent.  The cloths on the altar and the vestments of the priests (previously green, for Ordinary Time) switch to purple, and the Advent wreath (above) is brought out, dusted off, and put to good use.

Truthfully, some of the symbolism behind these liturgical elements is lost on me.  But I appreciate them for their role in marking time.  Time moves forward, even as it circles back around.  And the changing liturgical colors - like the autumn leaves - seem to say, "Hey - you did it!  You made it through again.  Welcome to a new/old season.  You've arrived."

The First of December


The start of December means the start of the December Photo Project - one picture per day of the holiday season. 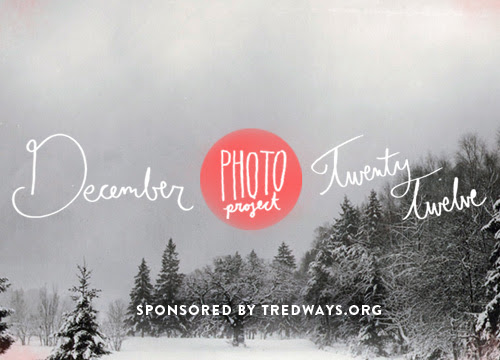 
Out through the fields and the woods
And over the walls I have wended;
I have climbed the hills of view
And looked at the world, and descended;
I have come by the highway home,
And lo, it is ended.

The leaves are all dead on the ground,
Save those that the oak is keeping
To ravel them one by one
And let them go scraping and creeping
Out over the crusted snow,
When others are sleeping.

And the dead leaves lie huddled and still,
No longer blown hither and thither;
The last lone aster is gone;
The flowers of the witch hazel wither;
The heart is still aching to seek,
But the feet question 'Whither?'

Ah, when to the heart of man
Was it ever less than a treason
To go with the drift of things,
To yield with a grace to reason,
And bow and accept the end
Of a love or a season?

That's a Wrap on Autumn

One last look back on my most favorite of seasons...

(Most of the above pics were taken in Central Park or on the Upper West Side, with the exception of that last yellow tree, which lives on the Upper East Side.)
Posted @ 3:57 PM 1 comments
Filed under: seasons

Books I Recommend with Abandon

All images and content on this site are copyright © KristyWes, unless stated otherwise. If you'd like to use one of my photos, please give proper credit and link back to this blog.